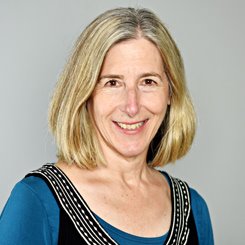 Leah is a director, actor and teacher. She is the Co-Founder, along with Martha Ross, of Theatre Columbus (now Common Boots Theatre) in Toronto. The company created over 30 new plays and has an excellent reputation for innovative productions of classics. Leah studied theatre at Ecole Jacques Lecoq in Paris. She also has a substantial teaching career spanning the past 30 years. She teaches an intensive clown course for The Ryerson Theatre Acting Program (since 2002) and The Soulpepper Academy where she is a Resident Artiist and is an Instructor of Directing at The University of Toronto. Every year Leah works for The Shoe Project, an innovative ongoing project coaching women who write and perform their stories of immigration to Toronto. In March 2018, Leah performed in an adaptation of Animal Farm, directed by Ravi Jain for Soulpepper. She was also in 7 Love directed by Banuta Rubess and Julia Aplin as Summerworks 2017.

Leah is currently part of an artistic team developing a new piece written by Suvendrini Lena called ECT. More recently, she directed an adaptation of James Joyce’s The Dead by Anthony MacMahon. For Theatre Columbus she directed most of the company’s repertoire until 2011, including the multi-award winning published play, The Anger in Ernest and Ernestine which has been produced all over the world, including Labrador, Cuba, Czechoslovakia, and Los Angeles. Leah created and played the role of Jelly in The Attic, The Pearls and 3 Fine Girls for Theatre Columbus, another published and often produced play. She was a co-writer and director in the Chalmers Award winning play The Betrayal, as well as directing many other memorable Theatre Columbus shows, including Gynty, (an adaptation of Peer Gynt), a musical adaptation of The Barber of Seville, Doctor Dappertutto and Lonely Nights and Other Stories. Before stepping down with Martha as Co-Artistic Directors of Theatre Columbus, they created Dance of the Red Skirts, inspired from a painting by Paul Klee, and then directed And Up They Flew by Martha Ross. Other directing highlights For The National Arts Centre in Ottawa, Happy Days by Samuel Beckett and The Little Years by John Mighton in a co-production with The Neptune Theatre in Halifax; Ibsen’s John Gabriel Borkman for Theatre Columbus/Soulpepper; John and Beatrice, by Carol Frechette, Past Perfect by Michel Tremblay and Rune Arlidge by Michael Healey at The Tarragon Theatre; The Diary of Anne Frank and The Miracle Worker at The Lorraine Kimsa Theatre for Young People and Schoolhouse by Leanna Brodie at The BlythTheatre Festival and I Claudia by Kristen Thomson at The Saidye Bronfman Centre in Montreal.